By NicoleFebruary 2, 2012August 19th, 2015A Day in the Life of the Cotswold Horse Whisperers, Blogs
No Comments

This is an extended version of a regular article that appears in Horsemanship Magazine.

Well, usually we’re complaining about the weather but this time we really can’t moan. The winter has been mild with just a little bit of snow to remind us what last winter was like, and the horses have moved to their winter field. If they would only respect the fencing on the long runways that lead around the field and out to Bank Field, this would be a massively time saving move for us! It’s lovely having a break from mucking out the fields every day, though, and they are absolutely delighted to be roaming around 12 acres of long grass.

Beautiful as the scenery is, we’ve been working hard to re-home excess ornaments, and in 2011 we found alternative accommodation for Free Be, Asterix, High Flyer, and, at the very end of December, Amber! Although very beautiful, she could hardly be described as an excess ornament, however, as she has become extremely useful to us in the school. Her lightness, ability to piaffe, and her exquisite araby tendency to express her irritation about an inappropriate leg or hand aid all made her a fantastic teacher. We miss her dreadfully already. But a lovely client fell in love with her during an Intensive, and agreed to a price that has made the pain of her going considerably easier to bear. She is living with a fellow Recommended Associate, and I know that she will be supremely well cared for and happy. She also really liked the client who fell for her, too! She’s gone for a month’s trial, so by the next issue of Horsemanship magazine we will either be better off and a bit sad, or not so well off but have our lovely horse back!

The balance of paying to non-paying guests has been further improved by the prospective arrival of two new ponies in early January. Possibly for the first time ever, that would mean we have more liveries than horses of our own. After nearly 14 years here, I think we might finally be hitting on a business model that will actually work!

Amber went for her month’s trial, and to our slightly surprised pleasure, settled in well immediately. I went to greet her when she arrived, Adam having loaded her up when she went, so she had good continuity. Although she has been at Moor Wood for about 12 years, she doesn’t appear to have minded the change at all. 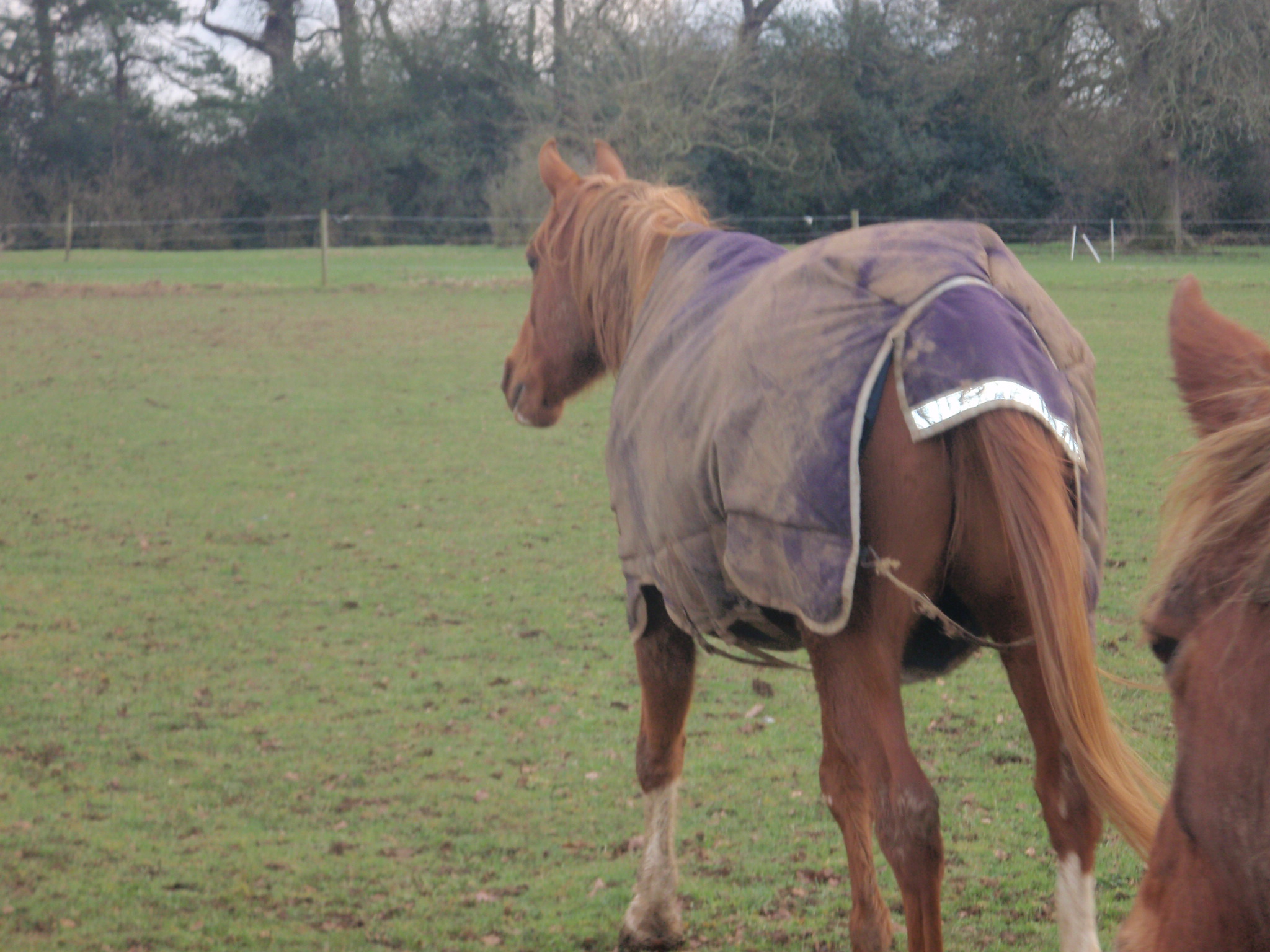 There was some concern over some physical issues: she has cataracts, which are in the very early stages of development, and hopefully won’t cause her any problems, and she was showing some difficulty walking down the steep hill near her new home, bumping the toe of her off hind on the ground as she went. This had been improving with treatment, but after numerous phone calls and discussions and investigations by vets and body workers, we decided the best thing was for me to go and have a look and see how different to normal she was, before her new owner committed to having her.

Luckily when I saw her, she was a lot better than she had been. She massively improved with work – long-lining and in-hand – and we all felt confident that she had tweaked her back whilst galloping around her field a bit madly during those gales we had in January. She had been pretty good before that, and was steadily improving afterwards, so we’re all optimistic for a full restoration of her amazing gymnastic quality. The funny thing was, it didn’t bother her in the slightest that she wasn’t fully using that leg. She was more irritated than anything by all the attention it was receiving!

I must confess, as I was doing a little in-hand with her in the school, I did suddenly feel very weepy. Not so much at the thought of losing her, more in recognition of the hours we had spent doing this, and how wonderfully light and responsive she had been. I pushed her a little further into a half-pass, insisting on correct bend, and was rewarded with an indignant tail-swish across the face, something I won’t miss about her!

It’s very strange not having her here. When she left, Adam says that Sensi and Karma were both very upset, refusing to leave the yard and calling for her. They don’t seem to have noticed that she got into the lorry, and were wondering where she was. Having said that, in the way of horses, they’ve got used to her absence very quickly, and I’m sure we’ll get used to it too.